We finally got to go to Roy’s Redwoods!!!!! What a treat that was!  Own had never been there before and was delighted for the new adventure.

The Sun was up, the sky was clear and even though the Redwoods were still cold it was GRAND to see all the rivulets, creeks and new pathways that the water had found there.  First off, they began the on going learning about: Beginnings of days with water, wetness, coldness, one change of spare clothes, no extra shoes, bag in the shoes and how to manage this all.  PHEW, such a learning curve!!! 🙂
And so, with that can you guess what happened??????

They indeed found the water and though initially there was true attempting to stay dry, the feet and bottom half of pants got a bit wet yet, we chose to do circle first and then change their clothes.  They got reminded about the many ways that one can keep themselves warm when cold and it basically worked.  We had a fine annual story about the Country Bunny and the little gold shoes: 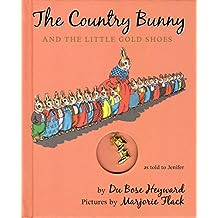 We read the first half and then the second half comes on Thursday.   After circle, Owen got to ring the Singing Bowl and he and Puma were the Snack helpers so they cleaned up all the dishes and folded the mats.  Avaline was the Guardian of the Earth,  Vita the Guardian of Safety, and Austen the Weather Watcher.   They all rise so well to meet their jobs.

After circle Austen went up the hill that he knows and loves to check that out and the rest went back to the creek.  Puma was the first to get changed and the rest followed.  And, they are all getting very skilled at changing their clothes and knowing the routine.  I believe it was Austen who said, “How come we have so many changing clothes parties?”  ” Oh yes, that is a very good question. Well, do you think there is a way we can have less?”   I said.  And of course, he found the answer.  You know what it was ????? 🙂  He decided playing in the water was worth it.

This day was so incredibly fun I am not convinced that I can truly describe the glory of it but here is my attempt.  One of the reasons I loved it was because they are ready now to get more engaged in more “nature connection” games and explorations.  The first one: as we walked down the trail, Ruby shared with me at the end of the day, Avaline said with great excitement,” Ruby I found a sign of Spring!!!” She proceeded to give Ruby hints such as, “It flies”  She lead Ruby on a grand adventure not giving away what the “sign” was but just bringing her closer and closer to……….. A BUTTERFLY!!!   And, as they were doing that, Austen, Puma and I were following the track and sign of what the flowing waters had been up to.  There were trails that had no debris on them and all the leaves and sticks were pushed to the side like when water comes rushing through. One spot where there was grass the grass blades were laying down in the direction of the other pushed down debris.  We tracked the flow of the water for quite a ways up the trail until we thought we should go back to the others. But we did follow it’s ebb and flow in such wonderous ways.

Owen and Austen, later in the day got extremely involved in rebuilding our old home that they played in.  Vita told Ruby about her incredible adventure with finding a stick and being able to break it. She was giving her the sound effects and the finally description was “it went squiggly, wiggly ooooppppps.”  Ruby didn’t fully know what she meant until the end of the day with our thank you’s and hers was “breaking a stick.” Owen loved playing a game with Ruby, he’s the baby Jaguar and she’s the Mommy Jaguar.  Avaline, Puma and I began a game with rolling our water bottles back and forth to see if we could roll them and then catch them.  Then Avaline took her napkin and made a circle all around herself and, with a great happy laugh said, ” I  made my own circle time!!!”  Then, I would up using her napkin and telling them about how to play Lizard tag.  The napkin becomes the tail of the lizard tucked in the back of your pants and then the others have to get your tail.  This game went on with the three of us and later a few more joined for a bit. Puma and I however wound up having a grand time stalking up on each other and sneaking around. Avaline had gone to play with the others with their building.  After that, they all came over to play the game too. Owen was the lizard for a bit and then Vita.

Our lunch time was so very beautiful. It was completely relaxed and with easy communication one to the other. No one really wanted to leave. Vita packed up and asked to be excused. She went to check out the big Redwood Cathedral but then came back and stayed with everyone. Austen did the same.  We all just stayed and had the finest of chats.  We then heard several different types of birds. One group was silent and then gave off a great big alarm call that lasted awhile until all of a sudden, a person came walking down the path towards the area we were in.  And then I knew, the birds were alarming as birds do. This is how you can figure out if someone or something is coming down a trail.  After that we kept listening more intently to the birds and their different calls to see what might be going on around us.