Today Julian was still ill and Everett was with us, as it is his day instead of Enzo’s.  The children were excited about the possibility of the Easter Bunny visiting and leaving some treasures.  Well, after becoming Owls, and birds and playing a circle game, that the girls actually really liked  while Everett and Theron loved running and exploring all around, we came into circle at the table where snack, Weather Watcher , and the last part of the story came about.   The most amazing thing happened though AFTER story, I actually thought Theron saw what I did too!:  Something very fast and very bunny like streaked through the woods. Could it have been,?  I asked the children.  And away they all ran to the woods and what did they find?????  Their eggs!!!  There were 21 of them and they all found them with utter delight, magick and wonder.
Afterwards Everett and Theron became ducks and they hid their eggs for them to hatch.  The girls were on a similar track but Everett and Theron were fully immersed into being Ducks with their eggs. Theron REALLY wanted one more egg so he took one of Everett’s. Everett was sad but I reassured him that he would get it back and, sure enough, in good time, Theron gave Everett the egg back and all was truly well in their worlds.
Today I wanted to get their bodies, hearts minds and spirits moving so we packed up and off we went to show Michelle apart of our Lake Lagunitas world that she has yet to see.
Velia was in world class spirits and complained not ONCE about hiking and was actually in full energy and delight with roaming fast and freely.
Everett loved that I made a map on the ground to show us where we were to go and all of them loved eating the most delicious spring Bull Thistle that I have ever eaten and that they have too! It really was the best I have ever had, and, I have eaten a lot of Thistle with children.  It is tricky because it is so prickly on the outside so, “How can you eat it?” they all wondered.   VERY carefully one must scrap off the Thistles to then get underneath to the very soft and tender stalks, that are sweet!

The children found their way to our place via the map made upon the ground and there such wonders took place for the rest of the day.

Theron and Everett found some fishing wire and Everett REALLY wanted a fishing pole. Michelle had made one for them last week. On this day I put a Doug Fir cone at the end for “fishing bait” and off he went to “Fish!” Theron was into a bit more playful mischief with Everettt and Everett was less interested in this. However, they found their way and played and played with poles, lines, water and exploration.
I was with Velia and Ariel sitting, eating and having some fun when,very calmly, Velia, starring straight ahead said, “Theres a snake in there.”  She said it in a way that I didn’t really think she really saw anything. Then she said it again and I looked.  And, sure enough there was a very large California Pacific Gopher Snake: 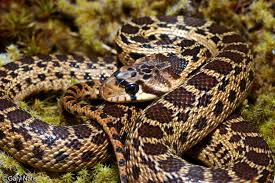 There it was, very slowly, very assuredly, very wise appearing, moving onto of the water, over branches, in and out of the water at a very slow, methodical and unaffected by our presence pace.
Michelle and I kept taking pictures, though hard to really get some good ones.  Theron came over and his attention was CAUGHT from there on out.  The others were interested but he never left this excursion with the snake until it truly left.  And that, was not for quite a time.  We followed it and followed it. At first Michelle thought it was going to go into some bushes where she thought there was a ducks nest, but, it did not.  We saw it glide through the water, go through the bushes and then, it came out and it and Michelle just looked at each other at a very close distance, and then it finally went it’s way where we could not follow.

We found and saw so many beautiful butterflies as well and mostly, we were blessed by being in such a magick wonderland of beauty where we were and finding the gifts that were ever present to us.
A beautiful, easeful, sweet day.